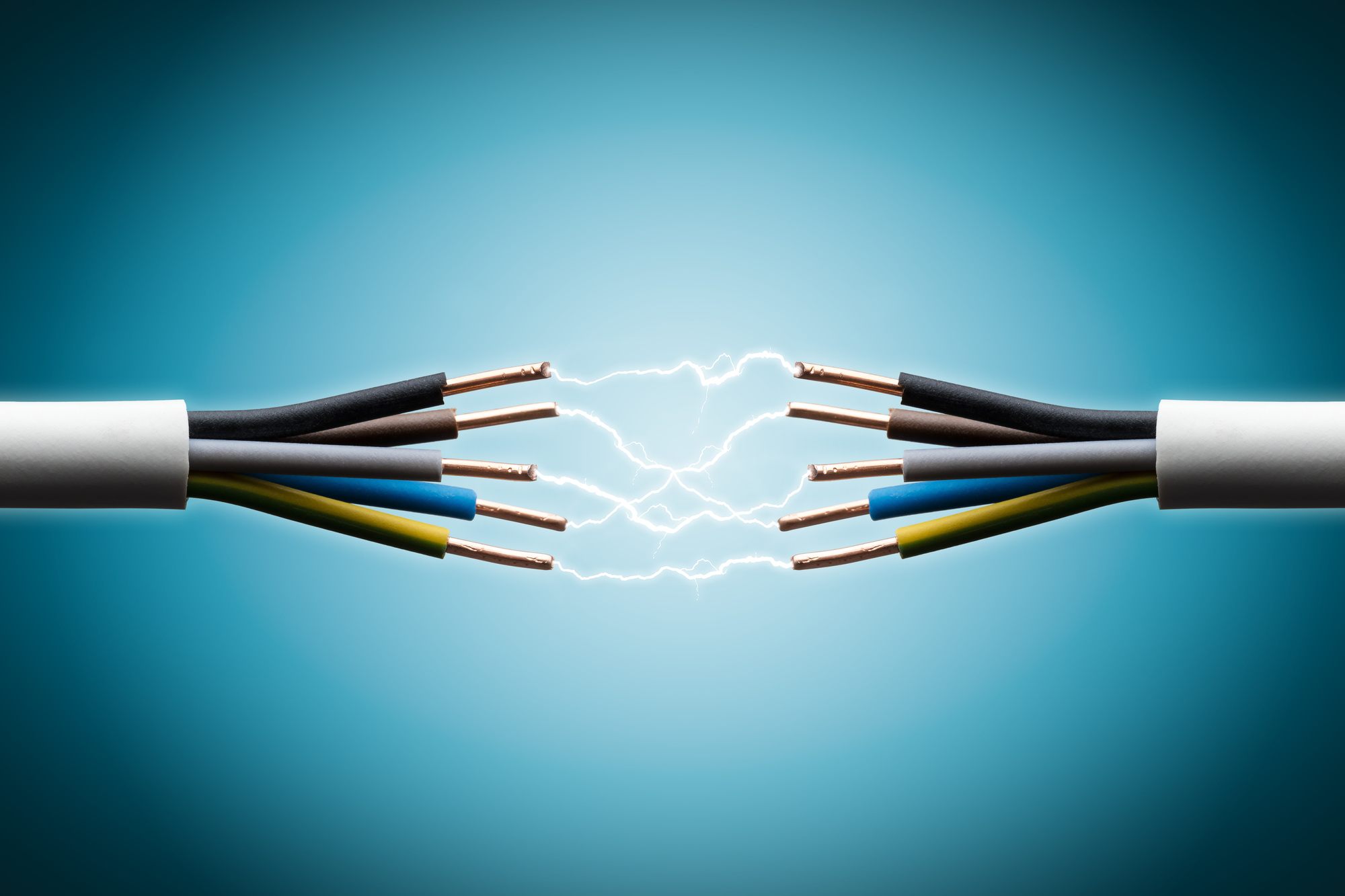 If you were asked, who invented electricity, what would you say?

Benjamin Franklin, with his key and kite?

Thomas Edison, with his light bulb?

The answer is actually, none of the above. Electricity is a force of nature, never really invented, only harnessed.

Electricity is the backbone of everything around us, from the air conditioning cooling our homes to the chargers for our smartphones. And all of it uses AC or alternating current.

But what is alternating current? And how did we get from the discovery of raw electrical power to entire cars powered by the stuff? Let’s take a look.

What is Alternating Current?

Electricity is usable in two main types. DC, or direct current, and AC, or alternating current.

In direct current, volatge travels in one direction, like in a battery.

In direct current, however, the voltage switches polarity and travles back and forth. This makes it more complicated but also well suited to more complex energy needs.

But how did we manage to develop AC power? Let’s take a look at some of the early pioneers in the field.

Hippolyte Pixii and The First Alternator

In 1835, Hippolyte Pixii, a Frenchman living in Paris, built the very first alternator.

Its design was simple, using a U-shaped magnet and a hand crank to produce the alternating current.

His peers at the time were all using DC power, so even though his device was revolutionary, he wasn’t sure how to make it practical. That would come much later, from another man.

Sabastian Ferranti worked early on with the famed Lord Kelvin and designed early generators and transformers starting at the age of 16.

His designs were so good that future electric engineers John Gibbs and Lucien Gaulard based much of their own work on Ferranti’s designs.

Galileo Ferraris and the Polyphase Motor

In 1885, an Italian man named Galileo Ferraris first conceived of the polyphase motor. He spent the next three years perfecting the design before unveiling it in the Royal Academy of Sciences in 1888.

Before his death in 1897, he published ten papers on electromagnetism and was recognized as the Father of Three Phase Current.

After being commisioned by George Westinghouse to further the study and development of transformers, William Stanley Jr managed to produce the first full electrical system.

He installed the system in Great Barrington, MA. It powered 2 hotels, 13 stores, and 7 offices on the city’s main street. The project was short-lived, as the transformer was accidentally destroyed that same summer, but still represented a huge leap forward in AC power.

Nikola Tesla: The Greatest of Them All

For a long time, Tesla was lost to common historical knowledge, eclipsed by Thomas Edison.

But more recently, he has become appreciated not only for his advances in AC current but for his vision. A social recluse, he saw myriad applications for AC power and desired to provide them to the masses.

He pioneered the first AC motor, as well as radio control, and even the very first inkling of receiving transmissions from space.

It is easy to think of the discovery of AC current as one event. In reality, it’s full application is the result of years of experimentation and development by many, many people.

For a more modern understanding of electrical applications and repair, contact us today!