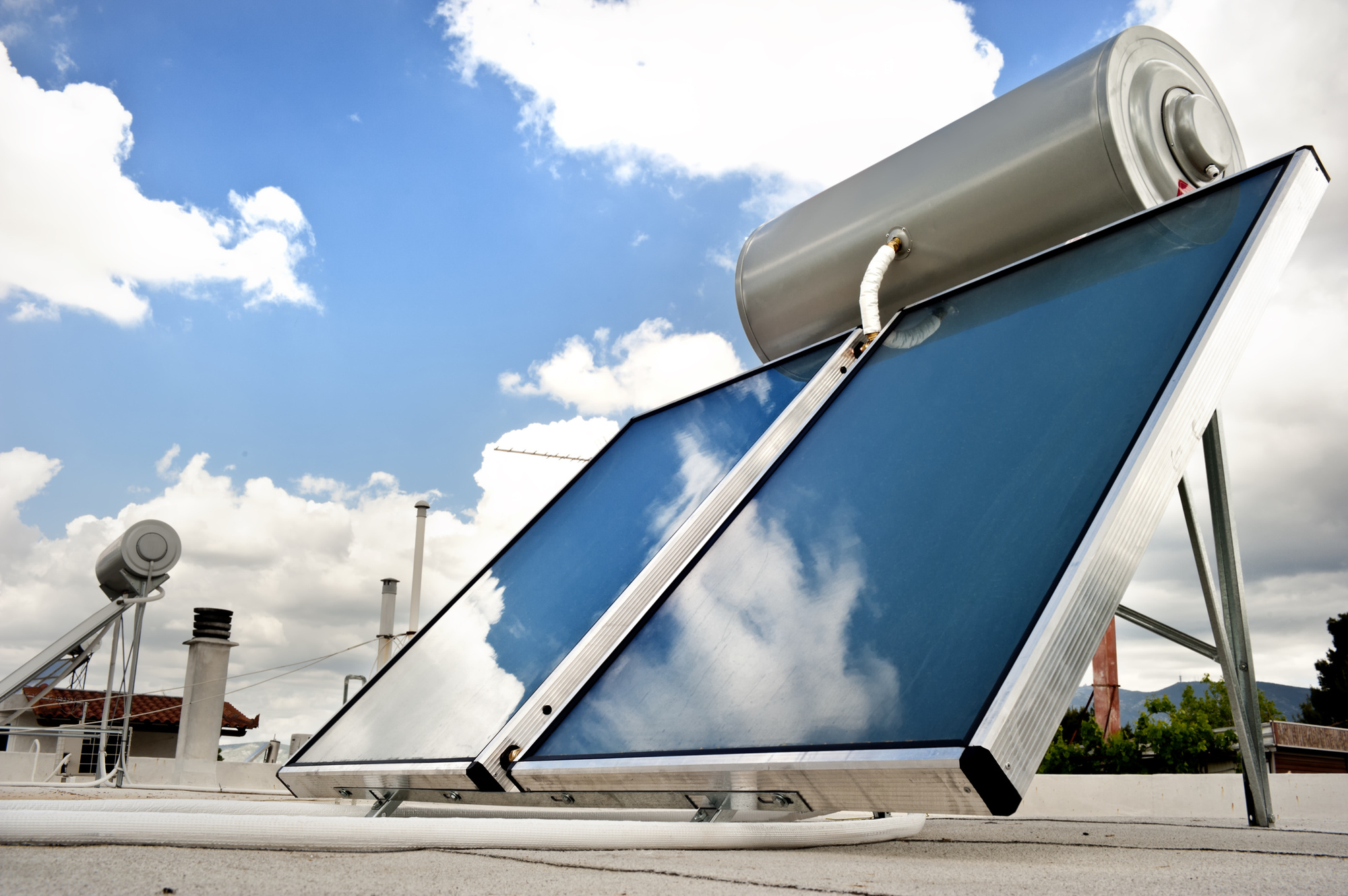 Implementing renewable energy sources isn’t exactly a new concept. In fact, at the end of the 19th century, California was way ahead of the green curve. After the patent of a commercial solar hot water heater, close to 30 percent of homes in Pasadena had their own systems.

However, after a short stint, World War II put the kibosh on the solar hot water industry. Gas and electric companies refused to support this renewable resource. Instead, they offered incentives to residents to abandon their solar water heaters.

People took the incentives and in turn, gas and electric companies dominated the energy markets for decades.

But it wouldn’t be long before solar energy sources would reappear in both residential and commercial industries. Tax incentives for solar use in the ’80s brought about a new wave of eco-consciousness and a higher demand for solar options. And thanks to one inventor, we are experiencing a resurgence of solar power use once again.

Around 1891, Baltimore, Maryland resident Clarence Kemp embarked on a project that would ultimately become the prototype for the first solar batch water heater. Using his sales experience with heating equipment, Kemp was inspired by an earlier scientific approach that used a “hot box” (metal tanks) to hold the heat longer.

Calling it the “Climax”, Kemp markets the heaters to men who used gas or stoves to heat their homes. After Kemp suggested the devices would decrease the amount of effort needed to maintain them, the market exploded. The Climax heater gained a reputation for being one of the most successful solar water heaters available to the public.

But the advent of the gas and electric industries made solar heating take a back seat for most of the 20th century. As technological advancements in the solar industry began to flourish, so would its popularity. With the fine-tuning of temperature and storage for later use, solar water heaters have now found their rightful place in the sun.

How Does a Solar Hot Water Heater Work?

Although the design is rather simple, it harnesses the energy of the sun with ease. In the most basic terms, a solar hot water heater uses the sun’s energy to heat water.

The concept of using a water tank enclosed in glass is rooted in basic science. Using a solar thermal collector, the sunlight is then transferred into energy use now or stored for later use.

Stay Ahead of the Green Curve, Not Behind

As the push continues for eco-conscious energy options, consumers are recognizing the importance of using natural resources to help preserve the planet. One way to do this is to use a solar hot water heater for your home or business.

For more great articles on repairs and technology, remember to visit our blog for the latest news. Or contact us and let us know how we can help with all your repair needs!